Last weekend I was lucky enough to be on the water and visiting one of Helsinki’s pearls: Kaunissaari (Beauty or Beautiful Island). It’s a very interesting island, almost in the open sea, one side covered with thick forest and the opposite side featuring wind-swept rocks. Although it’s not a big island, 2 km long and about 800 metres wide, it takes a good couple of hours to walk around and savour the nature. I took the camera along with the intent to capture any pattern that caught my eye: some are man-made, some courtesy of mother nature. Unfortunately the battery was empty before my walk was finished, so I had to fall back on plan B, my phone!

I didn’t get very far before sight this was on the ground in front of me. The longer I looked at it, the more convinced I was that it was starfish that had been pulled apart.

As we made our way along the path it was very quiet. The ‘summer’ season has just started and there weren’t so many people on the island. The guest harbour was emptying as everyone started heading back to their home port.

There is something very haunting about a birch forest that has no leaves. Although it won’t be long and this forest will have its green cover on.

The island has plenty of facilities for day visitors and campers alike. There’s a dog park, saunas to rent, a very cute little cafe, oversized board games and a meandering nature path. Before we got to the nature path there was something we had to take care of though! Coffee and pulla, the staples of Finnish social life.

Nothing says nautical quite like red, blue and sails. This was inside the cafe looking back to the large sheltering umbrella’s on the terrace. While I was fluffing around with the camera a customer came in to charge his phone. That’s one thing to remember, there’s no electricity service. Strictly candles, grills and generators.

Remember the over-sized board games? You weren’t sure exactly what I meant were you? If chess is not your thing also on offer are darts, volley ball and the age-old favourite of chilling in a hammock with a good book!

There is an art to stacking wood. It takes an extra special talent to make your wood-stack look like… an Angry Bird perhaps!

If you are interested to visit Kaunissaari, you can catch a ferry from Vuosaari. The journey takes approximately one hour each way. Alternatively, if you have access to a boat of your own, head to the sheltered guest harbour at the end of the island.

I’ll leave you with this detail of a cabin up close.

By the way, please let me know what you think of the pictures all the way down the left and the text on the right. I thought I’d try something new and now it feels like it doesn’t quite work. I might just have to come back and do some editing later.

So if you want to see other entries from this week’s challenge, head over to here and follow the ping-backs!

The rules are pretty simple: write a caption for this photo in the comments section below before 30th April 2013. *

Need a hint? Ask me a yes/no question in the comments.

* Fine print: comments received after April 30 2013 will be appreciated, just not in the running for one of the groovy prizes on offer. Judges decision is final. Bribery attempts will be acknowledged, they just won’t accept the final outcome 🙂

An alternative title might be how high can you go? Helsinki’s skyline is quite low and characterised by a distinct lack of dominating high-rise buildings. This doesn’t mean that there is a lack of high places or look-outs that you can visit and enjoy a view of the city and surrounding environs.

This past weekend (August 26th, 2012) we were able to visit the lighthouse Söderskär, situated in the Porvoo archipelago in the Gulf of Finland (60° 6′ 33.6″ N, 25° 24′ 36″ E). Technically this is not part of Helsinki. However as you are able to reach the island and the lighthouse by ferry * from Helsinki, I’m invoking author privilege to include the experience for you also!

Söderskär is also a participating lighthouse in the lighthouse tourism group that has been set up to promote the lighthouses of Southern Finland and Estonia. Earlier in the summer we visited Utö, where we first heard about the lighthouse passport. Unfortunately, we didn’t take up on the offer to start collecting stamps. If we had, then this weekend we could have collected stamp # 2.

We were arriving under our own steam from the east, and even from a distance, the lighthouse is quite majestic.

As always, the weather is key factor in the enjoyment or otherwise of outdoor activities. This particular day was warm, sunny and with a mild sea-breeze in the afternoon. We were not alone in taking advantage of the weather to visit. There were many boats moored around the small inlets and attached to the jetty. The island is off-limits to visitors for much of the spring and early summer due to bird nesting season. We arrived mid afternoon at the same time as the water police. They were on a ‘tour’ of archipelago harbours making sure that everybody was behaving themselves 🙂

As with any visitor harbour, there is a price list of services. In 2012 an overnight stay will cost 12 € per boat, while a guided trip up the lighthouse is 14 €. You can also climb without the guide (and miss the story) for 10 € per person **

The lighthouse is situated on Majakkasaari (Lighthouse Island), while the mooring spots are situated on Luotsisaari (Pilot Island). That means that in order to reach the lighthouse you must first cross the (swinging) bridge:

There was only capacity for three persons at a time, and walking over was not too uncomfortable, a little bit of bounce. I imagine that any more than three would create a large amount of swing!

It was a little bit disorganised at the base of the lighthouse. There were no real instructions about where or how to pay, also whether cards were welcome or not. In the end we paid at the base and then continued forward. We passed some groups along the way, fortunately when we climbing up there were only a few people heading back down.

I’m not going to write too much about the lighthouse itself, although I will give you a few links in order for you to find out something that YOU are interested in. I’d much rather give you a few hints than force feed you lots of information that is irrelevant to you. The lighthouse page has some information in English, the accommodation page tells about the suite available inside the lighthouse for overnight stays. I’m quite sure that it’s not possible this year (the season will be ending September 19th, 2012), perhaps we could organise ourselves to stay one night next year. Lighthouse Tourism also has some information and I found some very nice information about the current usage of island from the Forestry administration pages.

My picture does not do it justice. There is something has very wonderful about old buildings (150 years young this year!), especially those that are built-in places where they are exposed to the extremes of nature.

The interior of the lighthouse is also used as a gallery space, and this summer there were works by Saara Kiuru, Paavo Halonen and Salla Savolainen. I really liked Halonen’s pieces, especially these swans (page 9 of the pdf). Of course it goes without saying that the view from the top is extraordinary. The light mechanism is still in place and glass is so beautiful:

I was so busy walking around taking in the view, admiring the light and watching some young lads test aerodynamics of their paper planes that I forgot to look up. Rest assured the boys actually collected their flying machines afterwards, even taking a small runabout to collect the ones that made it into the sea! When I did look up, this was what I saw:

Lions! With very long tongues for taking the water away. Touches like this will always bring a smile to my face. We descended back to ground level and into one of the main building where we discovered the lighthouse shop, complete with the ability to pay by card. Lesson of the day: ask! The shop had some very nice memorabilia, and if I wasn’t so keen on reducing the amount of things I bring home I could have been very tempted by the mugs, key-chains, pins and a very nice book. There was also an outdoor café selling tea, coffee and some very yummy looking pancakes. On way or another, we will definitely return, the only question remaining: this year or next?

* Ferry companies that offer trips to Söderskär in 2012 are:

Royal Line (from the marketplace) 49 € per adult (includes ferry trip & guided tour), 25 € for children (7-16); buffet lunch available for purchase onboard.

IHA Lines (from the marketplace) Cruises to Söderskär appear to be reserved for groups rather than individuals.

** This is what happened to us because we didn’t realise that card payment was possible inside the lighthouse keepers building. Our cash didn’t stretch so far… Definitely next time we take a guided tour too! 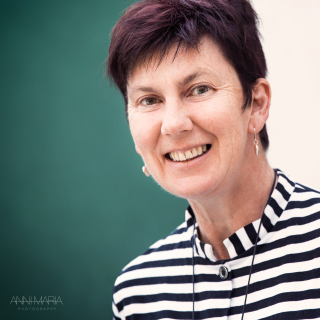